Standing tall: meet the women at the top of Sharktower.

According to PwC’s Women in Tech report, only 23% of UK STEM roles are held by women. And when it comes to leadership positions, that figure drops dramatically to 5%.

At Sharktower, women make up 40% of our overall team, and 50% of our leadership team. And while we’re proud of those numbers, it doesn’t mean we’re complacent about gender equality.

So for International Women’s Day 2021, we asked Sharktower’s co-founder and Chief Customer Officer Lynsey Taylor, and our Chief Marketing Officer Nikki Horwood to give us their views on the professional experiences, attitudes and role models that helped them get to the top of the tower. 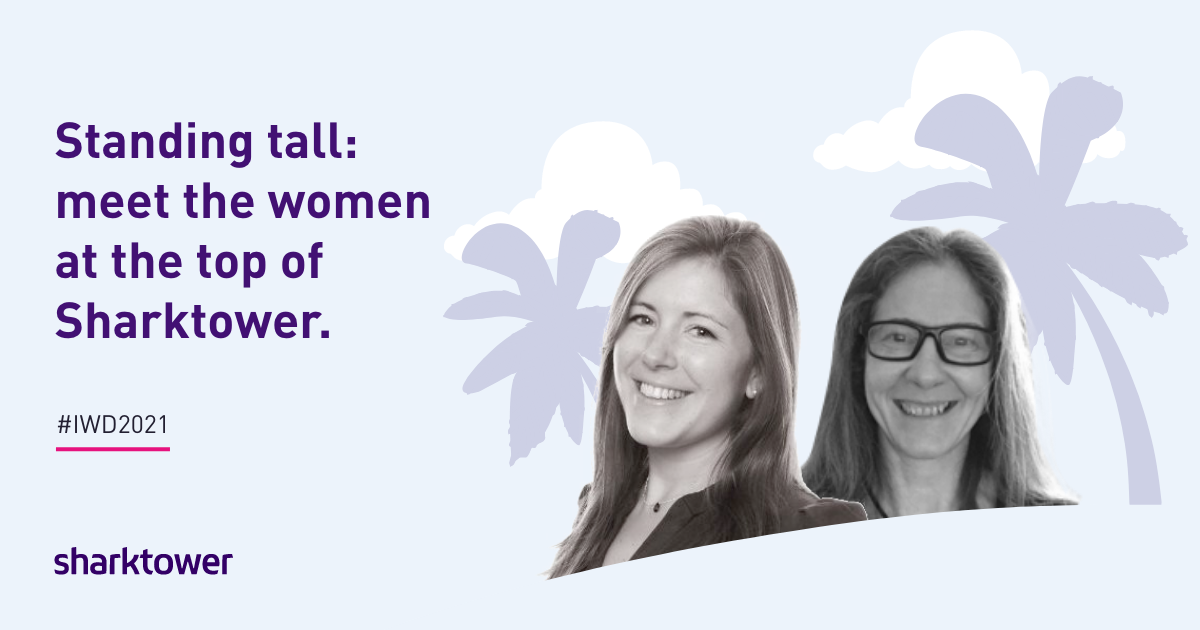 On gender inequality in tech

Lynsey: “While I feel very fortunate that I haven’t experienced it, I know a lot of women have. I’ve occasionally observed that I’m the only woman in the room or in the team, and we need to get to the reasons why this is such a male dominated industry. I think women aren’t necessarily encouraged into tech or they’re made to feel it’s not for them.”

Nikki: “Marketing tends to be dominated by women, so I haven’t experienced it either. However, I think that gender stereotypes have shaped our entire lives, so I may not have ended up in marketing had it not been for those stereotypes. I might have decided to pursue a career in manufacturing or engineering or another male-dominated industry, but it wouldn’t even have occurred to me.”

On the gender pay gap

LT: “I think if you were to generalise, men are better at saying “I’d like some more money, please”, and women are much more likely to accept their salary and say thank you, and it’s hard to do anything about that unless you have really transparent banding.”

NH: “That’s a good point, because there’s so much research out there on women’s tendency to apologise, and it comes from being socialised into passive mindset, and so we wouldn’t challenge a salary. We’re the people pleasers, and it’s such a deeply held stereotype that sometimes you don’t even realise you’re doing it.”

LT: “Yes, maybe so. And I think with salary, throughout my career I’ve always had enough money to, say, go out for dinner or go on holiday when I want. So why would I ask for more money? How do you know what you’re worth without talking to more people about it or researching? I think that’s why we don’t push for more.”

“I think women aren’t necessarily encouraged into tech or they’re made to feel it’s not for them.”

NH: “I previously worked alongside a male colleague who had a strongly held belief that women just don’t have the same career aspirations as men, and in his mind it was because we’re the natural homemakers and – given the choice – we prefer not to have a career. Or we prefer to take time out and have kids. There is still a generation of people like in in our industry, who believe that if women don’t have the same career aspirations, they can’t be worth as much.”

LT: “It’s unbelievable that those people can’t get their heads around the fact that sometimes it’s literally a logistical thing. Women may not want to take time off, but their boobs are the food so there’s not much choice!”

NH: “I was in a leadership team meeting once, alongside a male counterpart, when the European Sales Director – who was also male – singled me out to take the minutes. Even though my male colleague and I were both sitting next to him, he asked the woman to take the notes. It’s little things like that we tend to pass off, but it happens all the time. It’s that deeply ingrained societal impact again.”

On having your voice heard

LT: “This is one area where I’ve definitely noticed a difference as a woman, because I always try to make sure that people have the chance to finish what they’re saying before I speak. I don’t want to interrupt or assume that I know what they are about to say next, which I think men can do too often.

And I know this is generalising again, but men do tend to talk over each other and give less space for others to air their opinions. Tackling this is probably about establishing norms within your organisation – ways of communicating with each other that gives everyone a chance to have their say.”

NH: “I read a study that said women speak only 25 percent of the time in professional meetings, with men speaking nearly three times as much, so men are getting that much more airtime. We tend to start questions with apologies. In meetings many women will say things like, “I’m sorry, but can I just say…” or “This is probably a stupid question but…” and again, it’s just down to that passive mindset that is deeply rooted.”

“Good leaders aren’t afraid of sharing their vulnerabilities or when they make mistakes.”

LT: “I don’t think there’s any silver bullet of advice. I just worked really, really hard, so nobody could ever doubt that I would get something done or hopefully have a good solution to a problem.

It’s interesting: you read about a lot of successful people who are successful because they set really clear goals and were absolutely driven to reach that goal. I have always felt somehow inferior to those people because I definitely didn’t have anything specific that I was going after! After university, I looked at a list of jobs Mathematics graduates typically apply for and actually thought “Hmm, I don’t really like computers”, but ended up applying for a few tech-related jobs nonetheless. And it worked out pretty well in the end! I love trying different things, learning constantly and having the opportunity to solve problems – and tech has been able to offer me all these things.

I’ve also been incredibly fortunate with the opportunities that have been presented to me within the various companies I have worked. I would hope that my own skills and approach to work have helped me find myself in those situations but I absolutely wouldn’t be where I am now without the people around me encouraging and pushing me – I’ve been very lucky in that respect.”

On business culture and role models

LT: “In my early jobs I was mostly working with people from my own generation or the one before it, and I think that made a difference, even 15 years ago. There’s definitely a different level of what’s acceptable now in terms of discrimination. I always hoped, and I think this was the case, that colleagues would think of me as someone who’s good at their job and contributing to the team, rather than think of me differently because I’m a woman.

I do remember senior women in those businesses talking about having to fight for where they were because they’d started work in a different era, especially in Financial Services. Unfortunately, I think some of those women had to ‘toughen up’ to progress in that male-dominated environment and change their personalities to succeed.”

NH: “I’ve had some fantastic female role models. In one company I worked with a woman who was running the entire sales operation, and like all good leaders, she was a multi-faceted person.

Good leaders aren’t afraid of sharing their vulnerabilities or when they make mistakes. They don’t pretend to know something when they don’t, and they know how to get the best out of their teams by admitting when they’ve reached their limitations and asking someone to step in and support them.”

LT: “My mum is a huge inspiration to me – she is my hero. Her levels of patience are unparalleled and she is just so wise and intelligent. She has always instilled an ethic of working hard in my sister and I, and I think that has contributed to my working style today. I hope I ‘grow up’ to be as wonderful as she is.”

NH: “If we’re talking about female leaders who are able to retain ‘feminine’ qualities, Kamala Harris is a great example. She shows every single side of herself: she dances around, she’s funny, she’s humble, yet she’s firm and relaxed in her own confidence.

I like to look outside of the business world too, and I always remember Frances McDormand’s speech at the Oscars a couple of years ago. She asked for all the nominated women to stand up with her to challenge the entire industry to push for a specific clause that would guarantee race and gender diversity in movie and TV contracts. She just did it so beautifully and her pitch was perfect.

On advice for the next generation of women

LT: “What has changed in me now, versus the start of my career, is confidence. Try to find a way of believing in yourself. Find what you’re good at and do it in front of people, and surround yourself with people who you feel will support you and help you build up that confidence.”

NH: “I used to do quite a lot of off road motorbiking, and I went on a trip out once and the guy leading it said “You’re good for a girl, but shit for a bloke” and that stuck with me forever.

So I think when you’re coming into leadership roles, just be curious about everything and take nothing for granted. Always push yourself to learn as much as you can. Learning when to speak up and when not to be afraid of sharing your opinions will help you move into positions of respect and leadership.”

To stay up-to-date with articles, news and events hosted by our leadership team, follow us on Linkedin.

How it works: managing project budgets in Sharktower

Sharktower’s best places to eat and drink in Edinburgh